You have the best selection of high quality coins. I love browsing your shop! 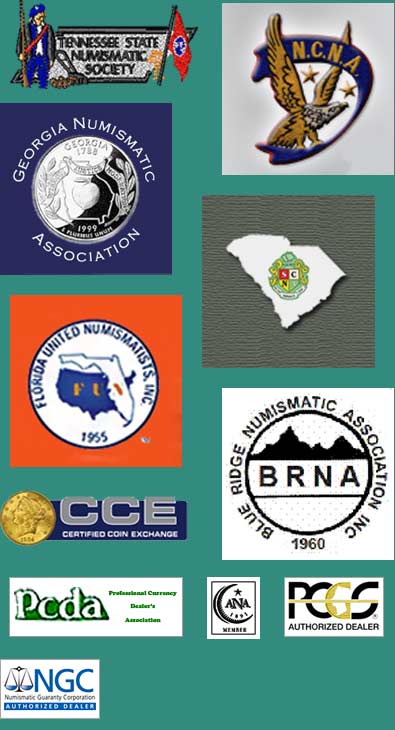 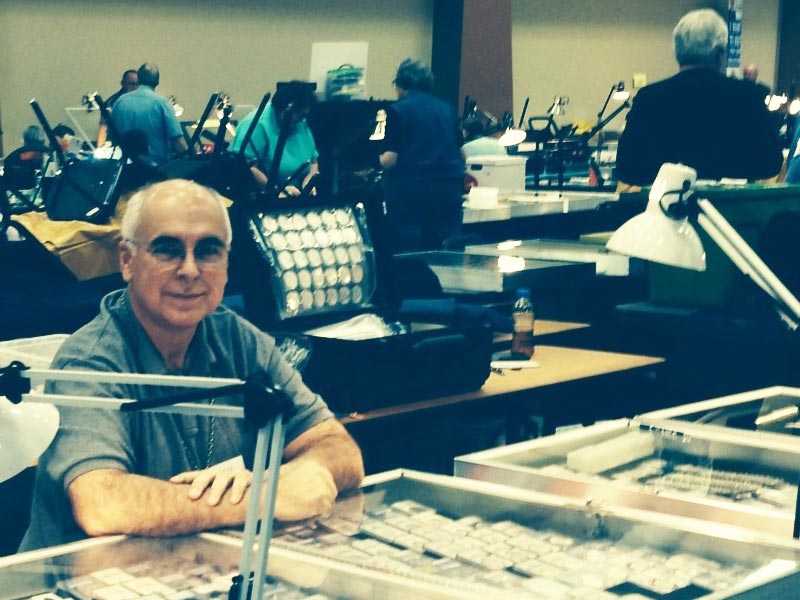 James W. Miller (Jim) started his professional career in numismatics as a part time dealer in 1976 while serving in the U.S. Air Force, stationed in Dayton, Ohio. After being Honorably Discharged in 1978, he relocated back to his hometown in Tullahoma, Tennessee to open his first coin shop. Two years later, he formed a partnership with his brother and moved the operation to Burlington, North Carolina. In 1983 he rejoined the Air Force, but continued to deal as a professional numismatist on a part time basis until leaving the service again in 1989.

Jim then entered into an insurance career with Liberty National Life Insurance Company as an agent in Kingston, Tennessee. In 1993 he was promoted to Sales Manager, operating out of Knoxville, Tennessee. Two years later he was promoted to the District Manager position in Brunswick, Georgia and later to Waycross, Georgia in the same position. During his career in insurance, he was awarded many honors, including: Agent Rookie of the Year, Leading District Sales Manager, and the company’s Council of Champions award for District Managers. During his time in the insurance field, he continued with his passion for dealing in numismatics on a part time basis. He left Liberty National Life in 2001 and again entered the rare coin and currency field as a full time dealer. After relocating to Statesboro, Georgia in 2004, he opened his third coin shop. In 2006 he opened a second store in Pooler (near Savannah), Georgia where he operated both locations for about a year. In 2007 he sold the Statesboro store so he could concentrate on the other shop in Pooler.

In June of 2012, he sold the store in Pooler so he could move back to Tennessee to be closer to his family. In July 2012, he moved to Chattanooga to oversee the creation of the retail storefront for Southern Precious Metals Exchange in East Ridge and then managed the store until June of 2013.

In August of 2013, he opened Fort Oglethorpe Rare Coins, LLC where he is the owner and president.

Over Jim’s long numismatic career, he has been involved with several major reference books to the hobby. Most recently he was a contributing editor to “Early Paper Money of America” by Eric Newman and “National Bank Notes” by Don Kelly.

He is also an authorized submission dealer for both PCGS and NGC and is a member of the FACTS network of the top dealers in the United States.

You have the best selection of high quality coins. I love browsing your shop!